The biggest breakthrough for dozens of businesses! With the ability to target postcode areas, Sky Adsmart technology provides a revolutionary approach to TV advertising. Discover how other businesses have benefited from this revolutionary TV approach. 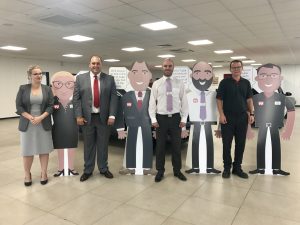 The campaign was launched to create local awareness of what customers could expect from Drayton Motors Customer Service.

The objectives were to increase football and enquiries and at the same time showcase the business to the public. The TV ad focused on the personality of the dealership and the warm welcome people would expect as a potential customer.

The ad was a huge success and according to Darren Bradford (General Manager) – “it transformed our business!” The advert was visible to all Sky Households within targeted postcodes.

In June 2017 Kia Drayton Motors out-performed their competitors by over 40% as sales increased. 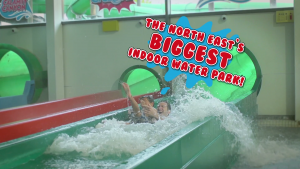 Wet ‘n’ Wild is the North East’s largest indoor water park, situated in North Shields. They offer everything from thrill rides, a café and a mini water park.

After a long refurbishment they wanted to remind everyone that they were open again.

Matthew Ford, Marketing Manager commented, “We looked at a number of ways that would allow us to portray the venue as somewhere you could have fun while being for the whole family to enjoy. We felt to do this we would need to be visual and as we have a very specific catchment area and audience, Sky AdSmart looked like the perfect choice.  We were really impressed with Sky AdSmart, with what it could offer and have been very pleased with the results.

“We were really impressed with Sky AdSmart and how it allowed us to target families who are a core part of our audience.  We ran a month long campaign and could see it working instantly with an increase in sales of 9% which was great for us, we will certainly be using Sky AdSmart as part of our 2017 marketing campaign” 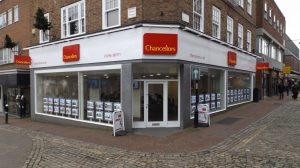 Chancellors Estate Agents was new to TV and looking for new local targeted advertising solution. They have 36 branches operating across Berkshire, Buckinghamshire, Oxfordshire and Surrey. They sell and let properties in these areas and offer a range of associated services.

Before AdSmart they used press, online and portal advertising. However, they wanted to be seen as a brand that advertises on TV and they wanted to increase their web traffic.

Using Adsmart, audience attributes selected were Home Owner, Mid to Very High affluence and Adults 25 – 54 years in the areas they operated. This eliminated the potential for wastage, which was previously Chancellor’s biggest barrier to the medium.

The campaign ran during spring time 2016 and was intended primarily as a brand awareness exercise across their network. Multiple customers commented that they had seen the ad on TV.

“We also observed growth in visits to our website, chancellors.co.uk, which we can attribute at least in part to the success of our campaign.” – Robert Scott-Lee, Managing Director, Chancellors